How to Talk to Children about the War in Ukraine

The photograph on the frontpage of my newspaper shows a Ukrainian mother, her two children and a family friend lying motionless in the street wearing backpacks, a rolling suitcase beside them. They had been seeking safety from the fighting when a Russian mortar ended their lives.

Pictures of death and fear from the war in Ukraine are everywhere, and so are images of bravery, patriotism, and the generosity of strangers. Our children see these images. They hear the news. Now many are rightly asking, will this war come to us? Will we be safe? 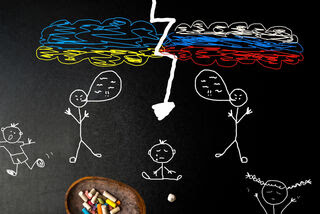 A drawing about the war.
Source: Gamaruba/Shutterstock

A Sense of Safety

Children derive their sense of safety from the adults around them. And they need to feel safe to be able to pay attention to their schoolwork, to the activities and people they love, and to eat and sleep well.

Sadly, our sense of safety and stability has already been challenged in unprecedented ways over the past two years. Many of us are worn out by it all. Our emotional states are like embers – it doesn’t take much these days to trigger them into yet another emotional fire.

Keep in mind that children may be overhearing that Russian President Vladimir Putin is threatening to use nuclear weapons, or that this could be the beginning of World War III. They may be wondering if their own family members who are in the military will be sent to fight. They may be worried about Ukrainian relatives in harm’s way. Or about the safety of Ukrainian President Volodymyr Zelenskyy and his family. Some might ask why we should care about a war taking place in another country? 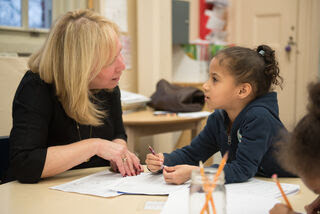 You can reassure children by telling them that leaders across the world are working to find ways to end this war as soon as possible and that President Joseph Biden has promised not to send troops into this battle. You can say that no one wants another world war or nuclear war, but that many believe we must stand up for freedom and self-determination. You might add that the Ukrainians are standing up for their country, their culture, and their language. They don’t want to give up their identity to Russia and fall behind the Iron Curtain again.

Why Should We Care?

Why should we care about Ukraine? The truth is that all of us care about actions that are unjust, unfair and cruel, whether it is Russia’s unprovoked invasion of Ukraine or the murder of George Floyd. The context may be vastly different, but in both cases humanity and justice are at stake.

In these circumstances, how should we talk to children about the war in Ukraine?  What can we do to ease their worries? Here are 7 tips:

After the collapse of the Soviet Union in 1991, I went to work in Eastern Europe to help revitalize their health and mental healthcare system

s through the development of NGOs dedicated to children’s well-being. There was a belief that families having access to healthcare and education would be vital to the success of emerging democracies. I witnessed first-hand what freedom meant to people who had lived under Soviet rule. They know what losing freedom might mean and they will not give it up without a ferocious defense, not today, not ever.

This article was originally published on Psychology Today.