Paper Tigers celebrates Education Week with 100 screenings across the U.S. 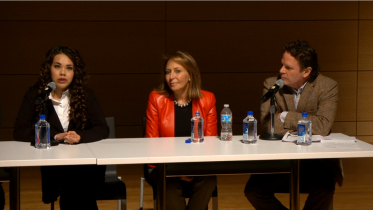 On November 16, 2015, the Tishman Auditorium at the New School in New York City hosted the New York premiere of Paper Tigers, a documentary that looks into the lives of selected students at Lincoln High School, an alternative school in Walla Walla, Washington that specializes in educating traumatized youth.

Here is an excerpt from Dr. Cantor’s remarks:
“We’ve seen it across all of our schools — if a teacher sees relatively quickly how something you teach them is actually going to make their job much much easier, their job that is causing them stress, their job that is making them feel like a failure, and their job to see kids successfully engaged in learning, they grab it, they want that.”

Read the full article on Aces Too High News.