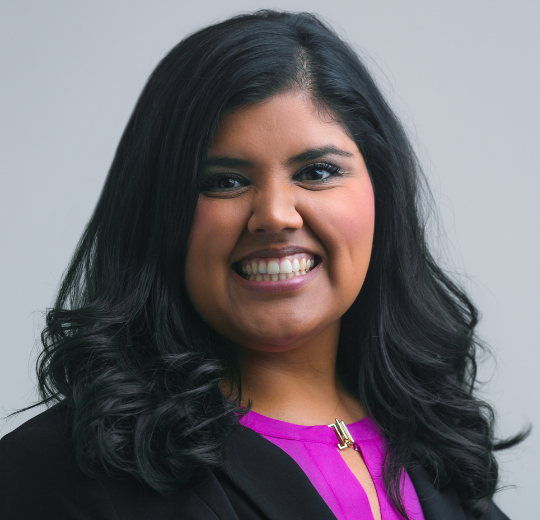 Jazmin Hernandez Lavezzo joined Turnaround for Children in 2021. She serves as a Partnership Director in the California Bay Area and works with schools and districts across the country.

Prior to joining Turnaround, Jazmin worked in schools in Oakland and Los Angeles in a variety of roles. She has taught pre-K, elementary, and middle school. She has been an elementary school administrator as well as a founding lead teacher, instructional coach, and family coordinator, and taught ESL to adults.

She received a Bachelor of Arts in International Studies/Political Science and minors in Spanish and Nonprofit Management from Pepperdine University and a Master of Arts in Urban Education from Loyola Marymount University. She is an alumnus of Teach for America and New Leaders for New Schools. She currently resides in Oakland with her husband and two sons.

The best person I have ever met is my maternal grandfather, Luis Hernandez. When I had a son, I chose to give him the same name to honor his selfless sacrifice and devotion to his family. He grew up in small village in Zacatecas, Mexico and came to work in California as a teenager. His entire life he has put his family first and broken his body to provide for those he loves. Despite only going to school for three months he is one of the most brilliant people I have ever met. To most people it would seem like his life has been nothing but challenges and incredibly hard work, yet he is the most positive, joyful person I know who believes all his dreams have come true because of where his children and grandchildren are today. I aspire to have his level of brilliance, joy, work ethic, selflessness, and hope. I am who I am today because of his sacrifice and love.

What is your greatest achievement?

My greatest achievement is definitely being the mother of two healthy, beautiful sons—Louis and Mateo. They are the joy of my life. I am so proud of them and it is one of the greatest honors of my life to be their mother. As they grow, learn, and smile it is clear that they are the greatest thing I have ever done.